Blimey time races here.  What did I do teaching  yesterday?  Blimey I have no idea.  I do know that today went a lot better than yesterday.  Yesterday, Day Two in the classroom was fine, but dipped a bit after a very succesful day one.  Hang on, I know, I had some new students so we sort of recapped on introductions, did some more presenting to each other.  I got the old-timers who had met me once before to introduce me to the new people.  We went over ground rules, which was necessary, and fine, but hard to make interesting beyond doing a pantomime of someone eating really messily in class, and someone drinking beer as an example of what NOT to do.  Oh well, at least they laughed.  Oh yeah, and we did things we had in common, and things that were different, and they all had to present that.  Half way through the exercise I panicked a bit that it would be too hard, but I was pleasantly surprised at how well they tackled it.  The section on what they did not have in common requiring quite a bit of linguistic ingenuity, but they rose to the challenge.  Phew.

So, onto Day Three. Which I’m pleased to report was an absolute joy.  I was apprehensive, but decided that today I’d have to bite the proverbial bullet, and get stuck into the actual text-book. Whilst I personally am probably more comfortable going completely off piste, and having endless discussions, conversations, presentations and random games, that is avoiding the necessity of actually covering the topics in the syllabus, such as it is. There is a bit of me that thinks as the students have signed up for ‘Conversations with Foreigners’ then they get that almost whatever I do, but if I’m to develop as a teacher I need to embrace some structure too.  Today therefore would be book day.

The topic was on more introductions using set dialogues that would encourage students to differentiate between endings that sound an ‘s’ such as ‘nice’ or ‘let’s’ and those that sound more like a ‘z’ e.g. ‘please’, ‘who’s’, ‘calls’.  One stumbling block is that I don’t really hear those sounds intuitively, so I had to do quite a lot of saying them out loud myself in the privacy of my own home to get to grips with it.  Then there was a whole section on getting students to demonstrate the traditional Cambodian Sampeah greeting (hands together in front of you at different heights depending on the status of the person you are greeting the respect that you should give them).

I was a bit lost, but fortunately, other teachers working with the same level students had some ideas they were happy to share.  They worked so brilliantly I actually felt a bit guilty.  I did implement them well I suppose, but I don’t feel I brought all that much to the table.  So basically I started with these: 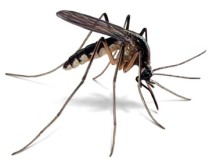 I arrived early and tacked a picture of the mosquito and one of the snake on the walls behind where the students were sitting, the mosquito up above normal eye level, and the snake near the ground.  Then, when the students arrived I explained that today we would be doing something different. We would focus on sounds and listening and speaking.  I asked them to listen.  When they were really quiet, heads tilted forward expectantly, I started a low level zzzzzz sound, mimicking a mosquito.  I did the whole making the noise, looking around, then it stops and you panic because it’s landed on you routine.  Until eventually the students twigged what I was trying to convey. A mosquito.  I don’t know if the zzzz thing is universal, but the concept worked.  I then asked about mosquitos in Cambodia and complained about being bitten.  Before asking if there was a mosquito here in the room.  ‘No’ they said.  ‘But I can hear it’  I said.  We looked around and eventually, to their delight and my relief they found the picture.   I moved it to the white board and got them to practise the sound.  We then went through the whole thing again with the ssssssssssssss sound for the snake.  I thought they’d find the next picture immediately, well there are finite options as to where to put it.  In fact, due to one student having her chair in front of it, it took a while, and I was surprised at how much fun they had looking. These are adult groups essentially aged 15 – 29 I think.

Next, I wrote up the target words on the board, and asked the students to turn to their module guides.  This was my goal, to get on track.  ‘Page 2’ I said confidently, opening my student guide at the relevant page and pointing helpfully.  Nothing, blank faces.  I was a bit surprised, on the whole their comprehension has been unexpectedly splendid, why incomprehension on something as simple as finding the right page in a book  There was mutual confusion. Eventually I thought to investigate.  It turned out that all but one of my students had been given the wrong books. They were clutching the teacher’s guide not the student guide.  Oops. I had a momentary panic, this being the session which required them to have their book with them.  However, one of the students came to my rescue and took the guides off and reappeared with the correct books.  This was no mean feat, as the lessons take place after office hours, and I’m not sure who is in the building to help with such administrative tasks at this point. Oh well, problem solved and team built through adversity.

So I got them (with heavy hints and over pronunciation)  to decide which words had the zzzzzzzzzzzzz end and which the sssssssssssss, they all got it right. So next stage, model dialogues.  It was ostensibly quite dull:

Who’s that man over there?

Hello, my name is… and this is my friend….

Hello, so and so, hello so and so, nice to meet you.  My name is blah de blah, but you can call me blah

Hello blah, are you a student at CWF

However, I was surprised at how much fun we had with it.  I got them to use their own names, rather than the ones in the book. Then I kept mixing them up so everyone said all the text, then they had to put their books down. Then I wrote the dialogue on the board and used a ‘disappearing words’ technique.  Basically, you start erasing words from the text, so the students have to say the dialogue from memory, without reading from the board.  You keep doing this until everything is gone. The students loved it, which is great news, as it is a very simple technique.  It also helped me identify where pronunciation was just not there.  Result.  Plus they were really into the role play, and fell about when they got each others names wrong or mixed up genders.   This is great, money for old rope if I can do this every day (except I’m not getting paid, but you know what I mean).

After this, I moved onto basically an energiser.  They needed vocab on parts of the body for the next exercise on Cambodian greetings (you place you hands at your chest to greet a friend).  Another student had the idea of using the song ‘head, shoulders, knees and toes’. This is out of my comfort zone, but I want to do Christmas Carols as my last session before Christmas, so we need to check out our singing at some point.  I got them all to stand up, and we went through the vocab.  In the first group, after I’d done the first sequence, one excitedly started spontaneously to do the song!  Result.  I got her up with me, and we did it together and taught the group and they threw themselves into it with what can only be accurately described as gusto.  The second group didn’t know the song, but didn’t let that stand in their way. Totally up for it.  This is grand.  The link was legitimate but tenuous, but as an activity/ ice breaker, it was fab.  Go us! 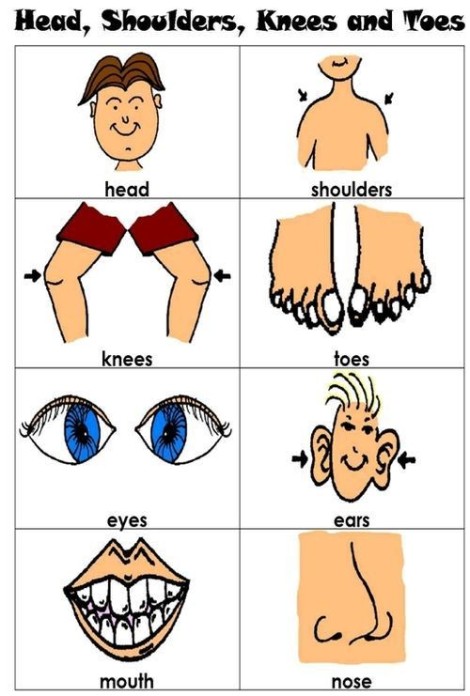 The only downside was that the activity was grasped so quickly it was pretty short-lived.  Nevertheless, it does leave me on target for singing Christmas Carols later on.  Not something I would normally do, but for Cambodians the linguistic challenge of ‘Jingle Bells’ is hard to resist.  Or for me anyway, it will be hilarious.  I’ve suggested to the teacher in the adjacent room that we both try to learn carols with our respective groups, and get them to sing them to each other. Could be fun.  Chaos.   But fun.

So just a bit of extra vocab, then I got them to practise explaining where to place their hands (at what height) according to who they were greeting in the traditional Cambodian way of greeting people.  (Monk, parent, teacher, friend, child, King whoever).  They found this harder than I expected. Some new language, but also they didn’t agree on all the answers.  Maybe for some the traditions are dying out a bit.  I got them to explain, then practice.   The final exercise was to give them each random slips with different status people on them (grandparent, monk etc) and get them to greet each other as if they were those people.  It didn’t really work.  Partly it was a bit ambiguous, is a monk meeting their grandmother or an old person generally and/or some of the matches were bizarre.  I changed it for the second group, so I just decided who I was and got them to greet me accordingly.  I got to be King and one of them very sweetly and reverently did the whole on his knees thing, which was greet, and very well explained.  Another of the group announced she wanted to be King!  I asked how we should greet each other (the King apparently doesn’t acknowledge anyone with a greeting) and she said that two kings would never be in the same room together.  Good answer!

The final filler was disappearing words again, but playing wtih the zzzzz and sssssssss endings.  Simple but worked well, and they got the humour.

Who’s that woman over there?

That woman?  She’s Lucy, our teacher at CWF

How old is she, she looks so young!

Phew.  Final rousing chorus of ‘heads, shoulders etc’ and that was that.  At the end of the lesson I always thank the students and get them to say they will see me tomorrow, and check the time and days of the week.  Both groups have different dynamics, but they all seem keen.  I was very happy with how it went today…. but as ever, it remains a blank canvas for tomorrow.

A number of students have yet to show.  I don’t know now if they will.  $110 for the term, whilst good value for the number of hours teaching, is an awful lot to lose.  Someone speculated maybe they never actually paid and enrolled.  I guess it isn’t too late for them to start, but it would mess up the way of working a bit.  I like my groups, I think we are on the path of getting to know one another. They are certainly up for trying things out.  I probably need to be more switched on in terms of correcting pronunciation, and enforcing full sentences, but for now I’m so grateful that they all participate and contribute I want to keep the positivity and confidence high. Corrections can come later.

So there we have it, three days teaching down, done and dusted.  The lessons do fly by.

Oh, and here is one of the little absence slips, aren’t they great? 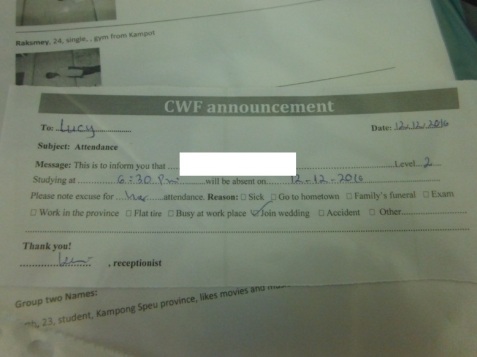